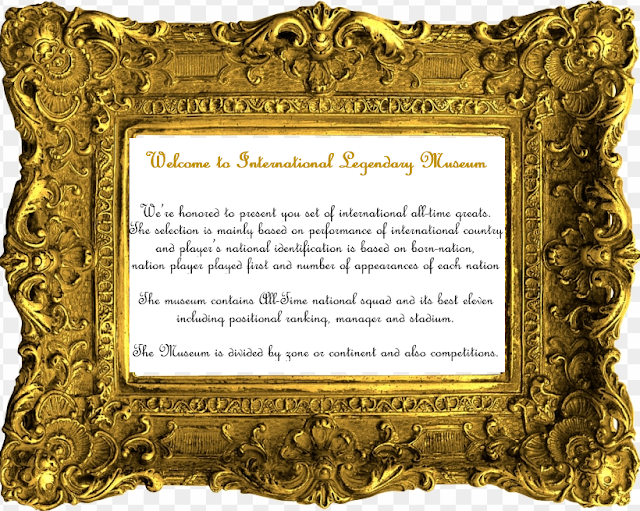 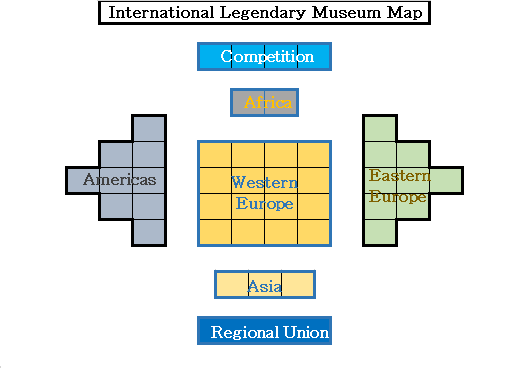 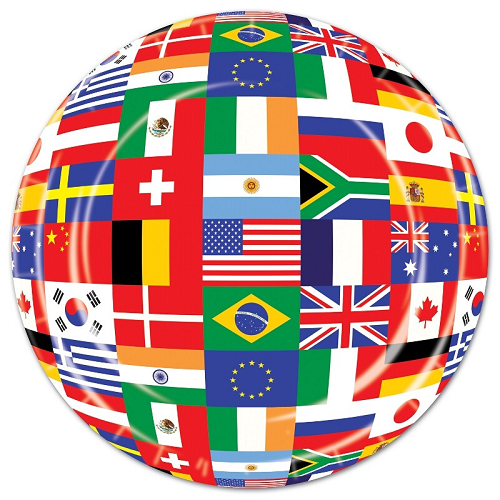 
I.  Introduction and Historical Literature Review

The all-time greatest national footballers and its historical squad have traditionally been an interested topic of discussion in each country that has its own identity and specialized knowledge in football history.
The planet world cup all-time dream team[1] selected players in all-time national squad for its simulated situation of all-time world cup competition without criteria of selection. The PES national all stars [2] has been developing the player selection by a group of members and the criteria of selection between them is perceivably varied.
Accordingly, this work is objective to integrate between advice of expert and methodological technique that standardize the criteria of selection and ranking through the national football rating.
II. Methodology
The methodological implementation of selection and ranking is conducted the same procedures as World’s all-time greatest footballer for players who have been rated in top 50 in any main position and the 9x100 positional ranking list for players who rated below top 50 in any main position. In exception to the basic criteria, the absence due to opportunistic limitation is 50 % less impact.

The tactical reason is also an important factor to make players selection, a lower rated players could be selected if their rating are in the same class as another contender and they're more fit to the tactical formation.


The standardization of players being made a profile is depend on competitive level in each nation as provided table of minimum score requirement that implemented from criteria in 9x100 positional ranking list . The criteria to name player in positional list/reserved group is set a minimum requirement of 3 international-class seasons. The grade is categorized by overall level of legend.

1) Players who played for only one nation at least 20 games is eligible to be identified in that nation regardless of other identified factors. If capped less than 20 games, transferring to the second criteria.

2) Players who played for more than one nation will be taken into the identifying scoring system.

Born-Nation (1 Point), Race (1 Point, it can split if any parent is a mixture), The growing nation (1.5 Point), the first capped nation (1 Point), the longevity in each capped nations (2 point, calculated by ratio, if capped less than 20 games, the total given point will be calculated by appearances divided by 20), The longevity of club (0.5 Point)

* In case score is resulted in the same level (difference <0.2), performance in prime period is a decisive factor *The dependent nation in colonized era is considered 50%-50% between colonized nation and colonizing nation.

III. Implementation
Only players appear in positional hall of fame are methodologically implemented. In addition to that, comparison technique case by case is carried out.

IV. Result & Statistics
Please see the selection in each country/zone


Statistics
There are totally 1335 qualified players' profiles in international legendary museum from 84 nations (Exclude Series A and La Liga).

V.  Discussion
The selection process is conducted through all level of competitions not only performance in national team. The performance evaluation result from players ranking series played as an important role in application to this selection with higher amount of international country criteria but less affected in limitation of opportunistic factor. For the specialized knowledge of national legend, the advice of expert group in specific country has been largely influenced on the selection and positional ranking. Moreover, the historical survey/selections by magazine or football organization are an important supported evidence to identify legendary status of player in the history.
The number of expert participation and sources of rating is provided in below table

All-Time Squad potential assessment is the team players potential calculation for all all-time squads in the museum, is factored by total skill rating application of each of eleven first team players, reserved players and manager based on ;

Hence, there is no exact format of proportion of multifunctional role and functional line as it is depend on the role of player in any system. Offensive sweeper, side-back, central midfielder, winger, trequartista and forward all are considered in this scope and contribute more than one functional line. It is 100 percent weight of rating for only one functional play, are Goalkeeper, pure defender, playmaker and target striker.